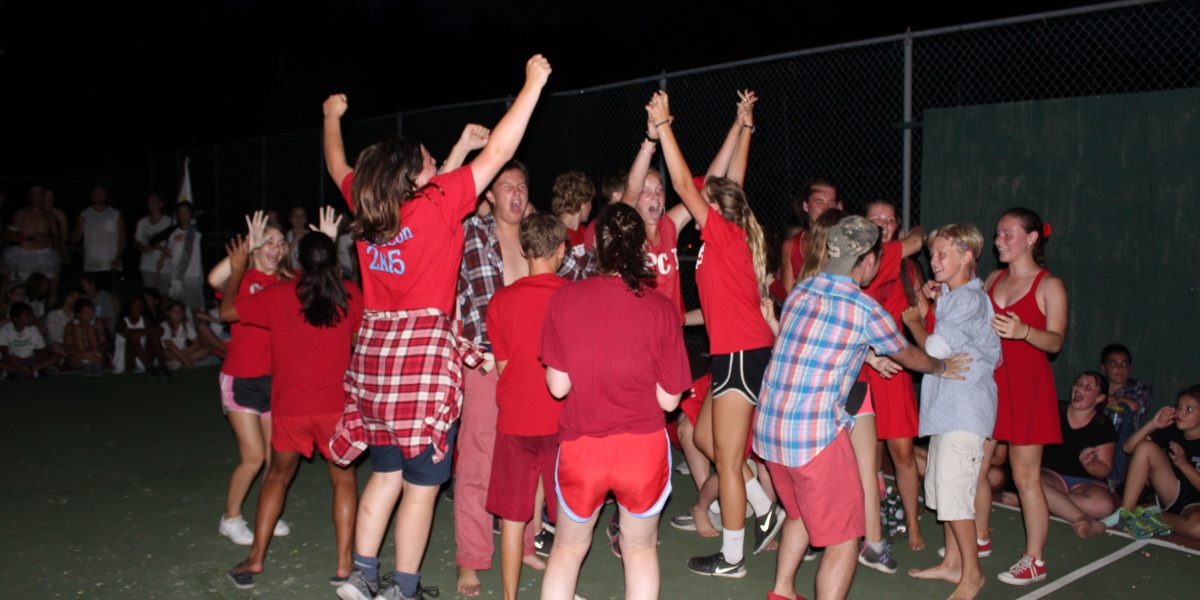 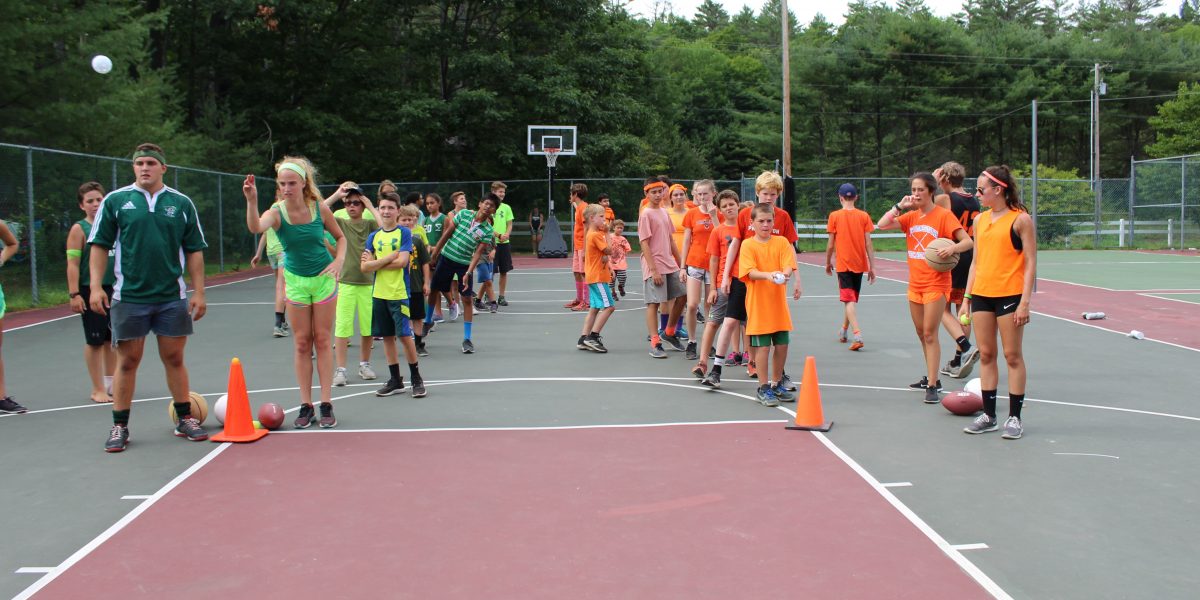 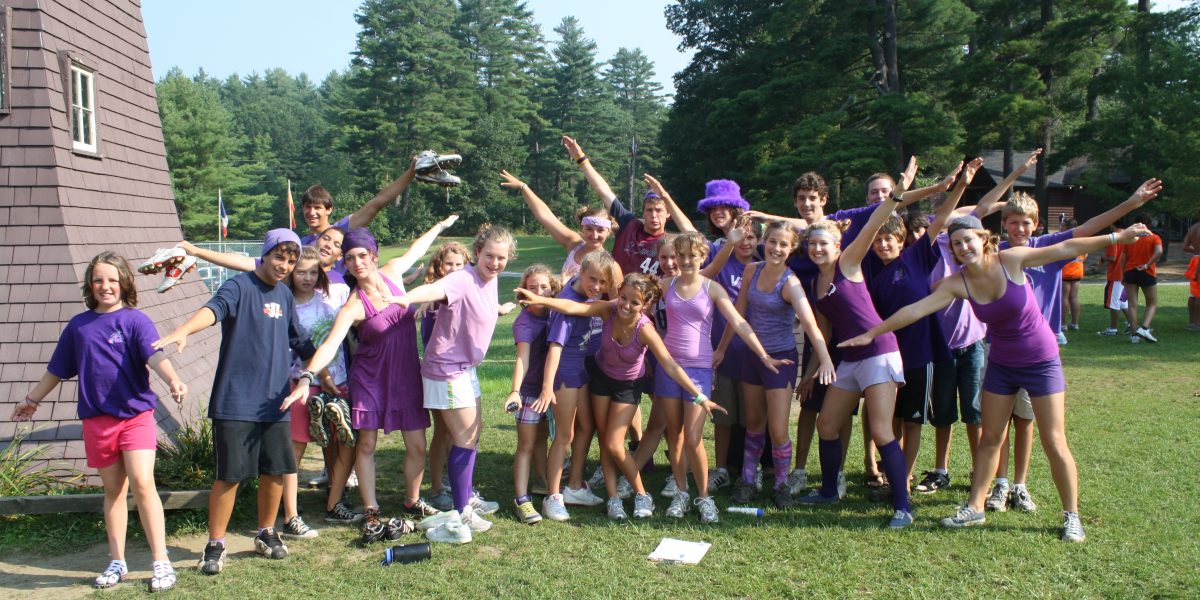 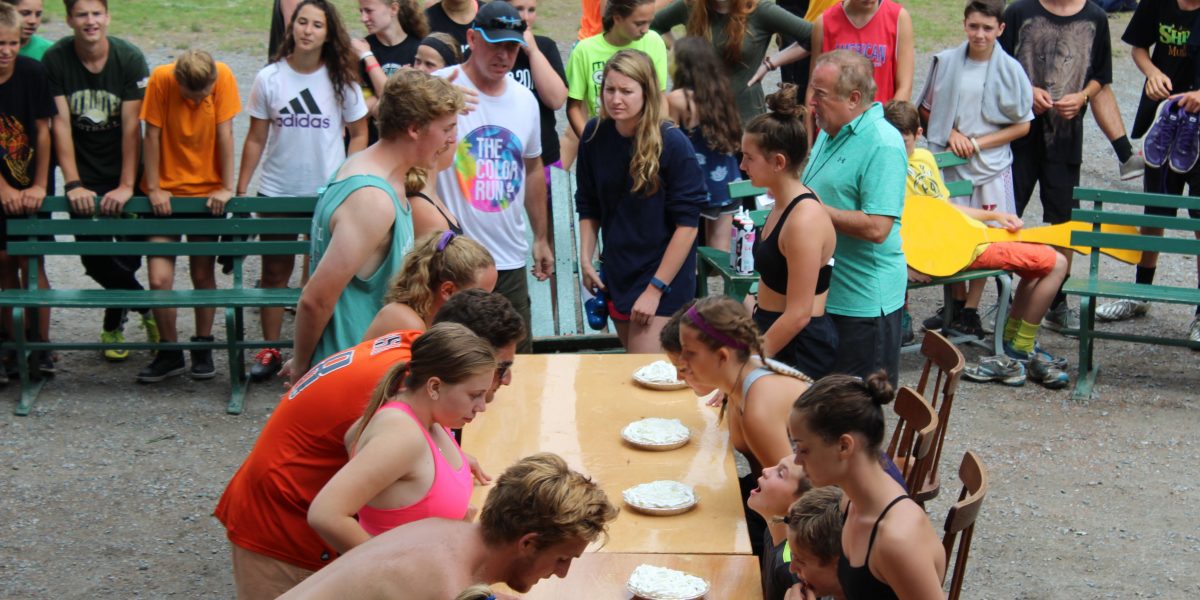 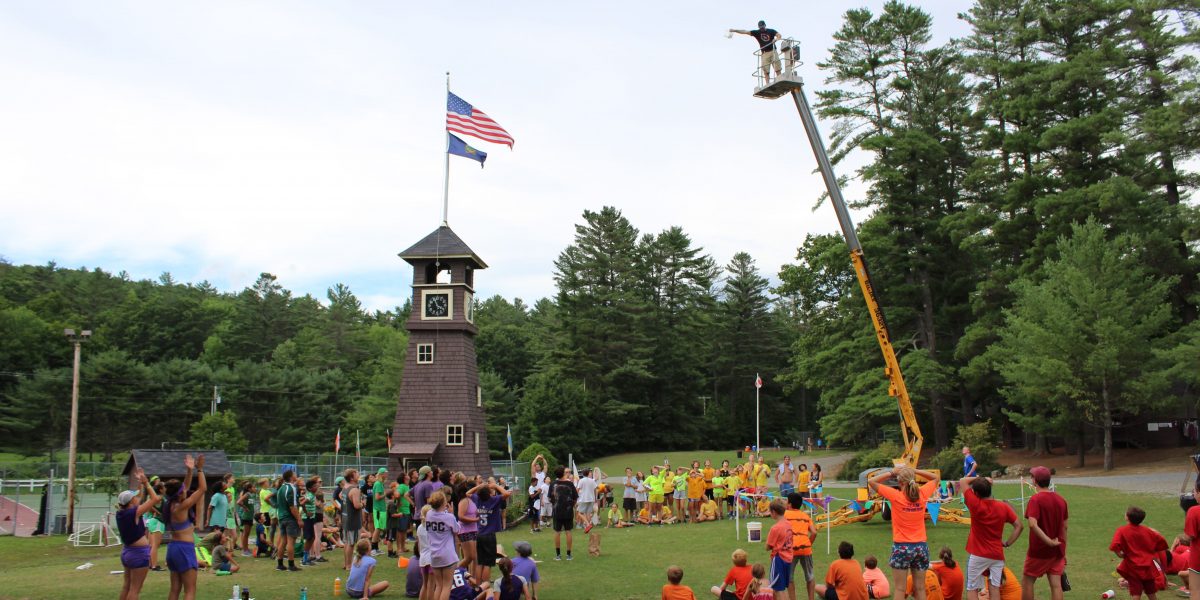 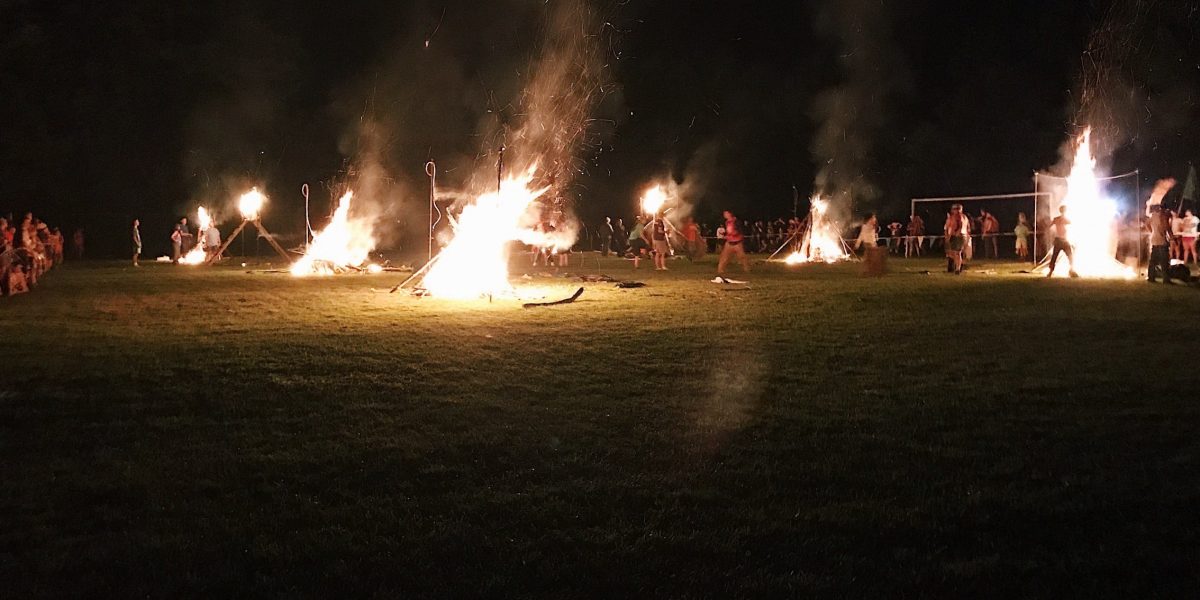 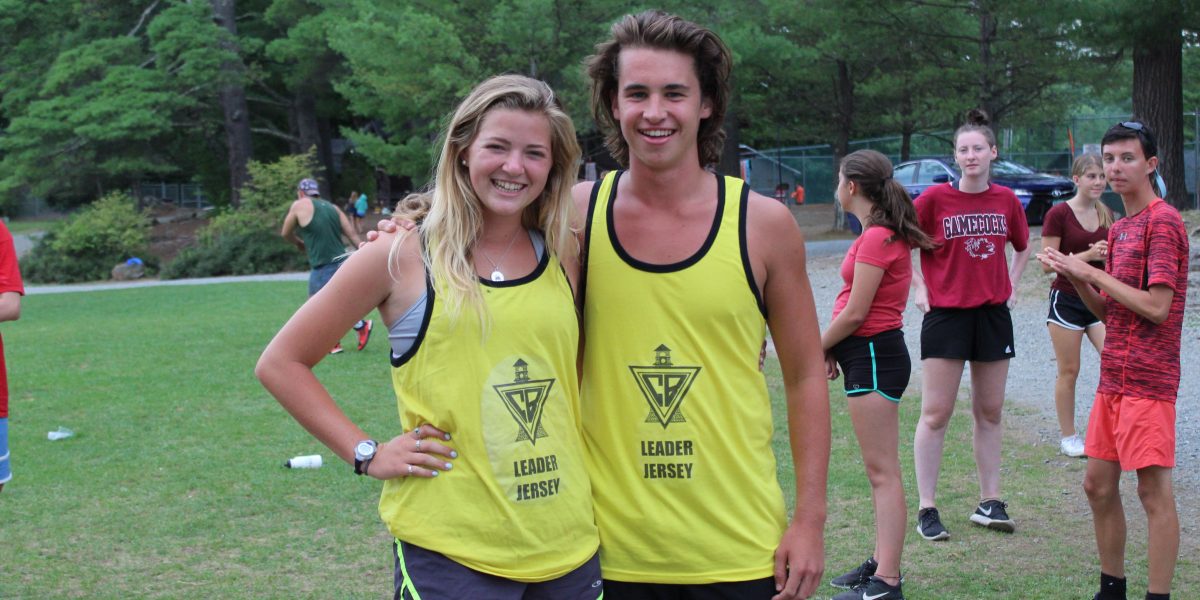 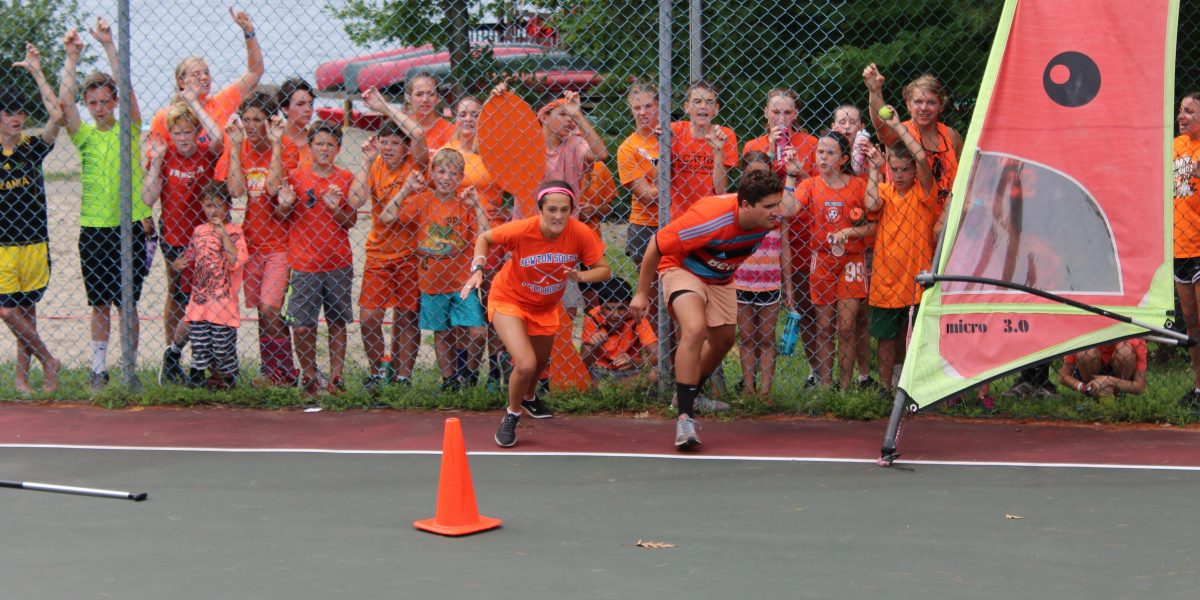 Commonly known as “color wars,” this epic competition is part of a great tradition among summer camps across the United States. Campers who come Session 4 spend days trying to figure out what the theme will be, which staff members will be captains, which teams they’ll be on, and most excitingly – what the break will be! Each year Country Fair begins with an elaborate surprise announcement. In the past, we have had a rock concert at 7am, a hot air balloon set off from camp, and even an enormous, fire-breathing dragon!

Country Fair provides opportunities for campers to build deep and meaningful bonds with different campers of all ages as they work as a team, learning about sportsmanship, creativity, and team spirit.

Country Fair lets all kids shine, whether it’s playing the lead in the team’s skit, using their artistic skills on their team’s banner, running or swimming in a relay, creating songs and cheers for the team to chant, completing a puzzle, throwing a frisbee, making a great pass in soccer, or dancing the disco or salsa in the dance competition.

2017 – The Little Engine That Could – Children’s Stories